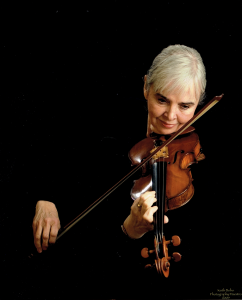 What years were you in the Youth Symphony program?

Who was your conductor?

What instrument did you play? Do you still play?
I was always a first violin and have just retired in the past year.  I now play only occasionally with a string quartet for our own enjoyment.

One of your favorite Youth Symphony memories?

I was so very lucky to be with the Youth Symphony the year of the trip to England and Spain.  Each time I think of the trip, different bits come back to mind. It was really quite a phenomenal event in the life of any Youth Symphony member at the time…I remember us warming up in preparation for recording a half hour of music for the BBC in London for a series on youth symphonies of the world.  We had started with a Kabalevsky overture [Colas Breugnon], fast and furious and Jack Herriman sounding like a teakettle with all sorts of sound effects he would constantly make.  We came to the end, Jack was quickly cleaning up things…”Celli watch that entrance…winds, intonation, you too horns…” at which point the recording engineer, a gent named Mr. Freize-Green who had incredible eyebrows, popped out of the sound booth and announced loudly “It’s a TAKE!!!”  As you can imagine, we had no clue he was recording at all at that point!  In a very short time we had moved from a half hour to a full hour to record, and our day suddenly became very long.

How has music changed your life?

I met my future husband in Ouray, Colorado when I attended the youth symphony summer music festival held there three years running. (He is NOT a musician, surprisingly.)

What have you been up to since moving on from Youth Symphony?

I performed for 13 years with a ragtime and tango orchestra (playing dance music) that branched out to accompany silent films. In that group I was involved in the scoring, matching music of that era to the films from the teens and twenties which were sent out without music. In my time there we recorded the scores for a great number of films that were released nationally, also toured all over the country to play live with film. 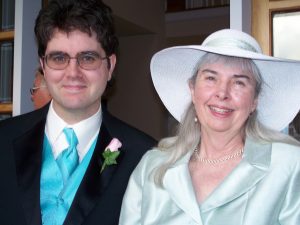 Any words of wisdom to share with current Youth Symphony musicians?

Music is a great joy, but it’s also a business and a way of earning a living. Learn as much as you can about as many facets of the musical world as you can. Be flexible, don’t put down any given type of music as it might well have an open door that will help support you.

For example, I’d never have dreamed of accompanying silent film (it turned out to be really fascinating) or of learning to improvise Argentine tango.

I have friends who have toured the world in the pit orchestra for things like Phantom of the Opera and Miss Saigon.
Another classical violinist I know plays with an excellent Celtic band and another plays with a jazz group. And a cellist who’s played with a number of rock bands while playing symphonic gigs, spending time in the recording studio as a back-up musician and teaching…it all counts!

Just don’t forget to practice, be careful to not over-play, and really find the music in the notes…that last bit is for your soul.