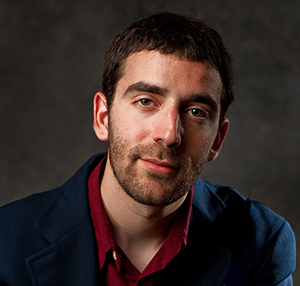 What instrument did you play? Do you still play?
Flute. Yes, still play.

What have you been up to since leaving YSKC?
Since leaving YSKC, I received a BM in Flute Performance from the University of Nebraska-Lincoln and an MM in Conducting from the New England Conservatory (NEC) in Boston. During my formal education, I participated in numerous summer music festivals and was active in a diverse array of activities including marching band, pep band, chamber music, and orchestra.

While at NEC, I met my wife Elizabeth Erenberg, who’s also a flutist. We made our home in Boston for almost 8 years. I worked a number of jobs as a conductor, producer, and arts manager. For 3 years, I was Assistant Conductor & General Manager for Symphony Nova and was awarded one of seven fellowships, nationally, to be in the League of American Orchestras Emerging Leaders Program.

What are you currently doing?
In Jan 2016, we moved to York, Pennsylvania where I’m now General Manager/COO of the York Symphony Orchestra. Since moving to York, I’ve guest conducted at the University of Maryland-Baltimore County, and during Summer 2016, Elizabeth and I performed as 1st & 2nd Flute with the Denver (CO) Philharmonic Orchestra for their one-month 14-city concert tour of China.

How has music education changed your life?
Music Education was vital to inspiring my life outside of school. It helped me gain insight and see beauty in the world. While I obviously wouldn’t have become a professional musician without my music education, these experiences helped shape me, just as much, as a human being.

Share one of your favorite YSKC memories?
My favorite YSKC memory was the Eastern European tour in summer 2004. It was a magical experience performing with my colleagues and being under the baton of Dr. Block. It was the perfect opportunity that launched me from being a high school student to a college music major.

Any final thoughts?
YSKC played a formidable role during my high school years, and I’ll always be grateful for the experiences. I hope the organization will continue to thrive and grow for future generations of young musicians–regardless of their professional aspirations.