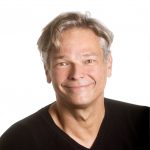 Conductor Steven D. Davis is a lauded, versatile, and cosmopolitan conductor who has inspired ensembles around the world. In constant demand as a guest conductor, he has conducted across four continents, working with ensembles in cities such as Bangkok, Beijing, Lisbon, Sydney, and regularly conducts in his favorite city, Kansas City.

Davis is a proud advocate for artistic music education and has been a guest lecturer, conductor, and clinician at numerous music and music education conferences across the world.  Most notably, he has performed at five Midwest Clinics in Chicago, and has led a myriad of All-State ensembles across the United States. His most recent guest conducting and teaching engagements include the Eastman Wind Ensemble, the Beijing Modern Music Festival, and the Texas All-State Symphonic Band.  Davis also serves on the Orchestra and Wind Ensemble conducting faculty of the Interlochen Summer Arts Camp.

Davis is now in his sixteenth season as the conductor of the Youth Symphony of Kansas City’s Symphony Orchestra. Under his direction, the Symphony Orchestra has performed at the Kansas and Missouri Music Educators Conferences, the Midwest Clinic and on its 2016 Ireland Tour. Davis is also the resident conductor of newEar, Kansas City’s premier new music ensemble. Annually, he hosts the Kansas City Conducting Symposium, one of the largest conducting symposiums in the country.  He has received many awards and honorary memberships in professional organizations. 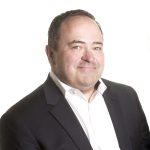 Russ Pieken has been a music educator for 25 years in Kansas and Missouri. During this time, he taught strings/orchestra at the elementary, middle and high school levels. Russ has been privileged and honored to have conducted performances in Carnegie Hall, the Kennedy Center and for the dedication of the World War II Memorial in Washington, DC.  Groups under his direction have also performed for the Kansas Music Educators Association Conference and National Association for Music Education. In 2008 he was awarded the John F. Kennedy Center for the Performing Arts/National Symphony Orchestra National Music Educator Fellowship.  He is also a football fanatic!  His blood runs red through and through…go Chiefs and Huskers!  When he isn’t on the podium for YSKC or marking bowings, dynamics or phrasings you will find him at Arrowhead volunteering and cheering on THE CHIEFS!  In 2021 he was cited as a Volunteer of the Year by the Kansas City Chiefs ownership.  Russ and his wife Laurie live in De Soto, KS.  Their amazing, kind and adventurous children Joe and Norah are living the life working in such amazing places as Vermont, Colorado and California. 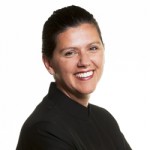 Michelle Davis has been a string orchestra educator for over 25 years in Illinois, Michigan and Missouri. She has taught strings/orchestra at the elementary, middle and high school levels. Currently, she is the conductor of the Liberty High School Orchestras in Liberty, Missouri. In addition, she teaches private lessons to aspiring violin and viola students. Previously, she taught beginning strings and junior high orchestra in Oak Park, Illinois, and middle school orchestra in Farmington Hills, Michigan. She just finished a two-year tenure as Orchestra Vice President of the Missouri Music Educators’ Association.

Michelle has been a guest conductor in school districts across the state, and has presented clinics at state and national conferences, including The Michigan Music Educators’ Conference and The American String Teachers’ National Conference. In 2008, she was Liberty Public School District’s “Teacher of the Year.” Michelle is a graduate of The University of Michigan with a bachelor’s degree in viola performance and a master’s degree in music education. She is a member of The Suzuki Association of the Americas (SAA), National Association for Music Education (NAfME), and American String Teachers’ Association (ASTA). She lives with her husband, Steve Davis, and her awesome, yet stubborn dogs, “Thomas the Man,” and “Henri the Doodle.” 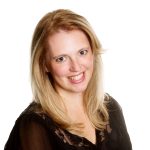 Amanda Kremer is originally from Springfield, Mo. She graduated from Missouri State University with a Bachelor of Science in Music Education. Amanda played horn with the Minnesota Symphonic Winds and completed her master’s degree in educational leadership from Saint Mary’s University of Minnesota.

Ms. Kremer conducted with the Greater Twin Cities Youth Symphony for three years, and prior to that was a GTCYS sectional coach for several years. She also has 12 years of classroom teaching experience. Amanda and her husband Nate moved to Overland Park, Kan. in 2015 and are enjoying life with their three daughters. 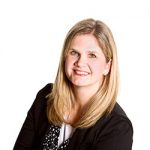 Sheri Cain was born and raised in St. Louis, Mo. and attended Hazelwood Central High School. After graduation, she went to William Jewell College where she studied violin under Dr. Penny Thompson Kruse and graduated with a bachelor of science in music education. Sheri also earned a master’s degree in education from Baker University.  Sheri has taught privately for over 20 years. Sheri brings 10+ years of classroom experience teaching string students in grades 5-12. She currently teaches in the Blue Valley School District.  Sheri has been actively involved with the Metropolitan Youth Symphony in Liberty, Mo. for over 15 years. She has served as co-conductor, audition adjudicator and sectional coach.  Sheri and her husband, Michael, are raising two daughters, Madeline and Rebecca, in Olathe, Kan. Both are wonderful musicians and avid equestrians.